This is one of the biggest dance gatherings on earth and lasts for 9 nights. The sheer combination of costumes,... 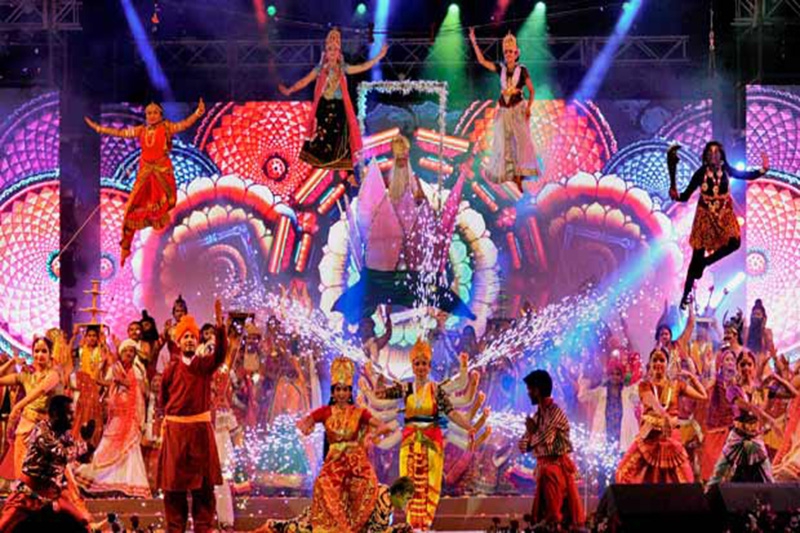 This is one of the biggest dance gatherings on earth and lasts for 9 nights. The sheer combination of costumes, colours, dancing to the beats of drums & traditional music and the festivities are overwhelming. Young boys and girls dressed in colourful traditional costumes are a treat to watch. People of all age groups dance away the night and then return home in the wee hours of the morning. The spirit of this festival is to celebrate the Victory of Good over Evil. Come and dance with us !!!

The first nine days of this festival are known as Navaratri, and are filled with dance in honor of the Mother Goddess. The tenth day, called Dussehra, is devoted to celebrating the defeat of the demon king Ravana by Lord Rama. It also coincides with the victory of the revered warrior Goddess Durga over the evil buffalo demon Mahishasura.

In eastern India, the festival is observed as Durga Puja. Huge statues of the Goddess are made and immersed in the holy Ganges River. The festival is an extremely social and theatrical event, with drama, dance, and cultural performances held throughout the country.