Best of Ahmedabad : One Half Day City Tour

Visit some of the most important places of interest in Ahmedabad. We start our... 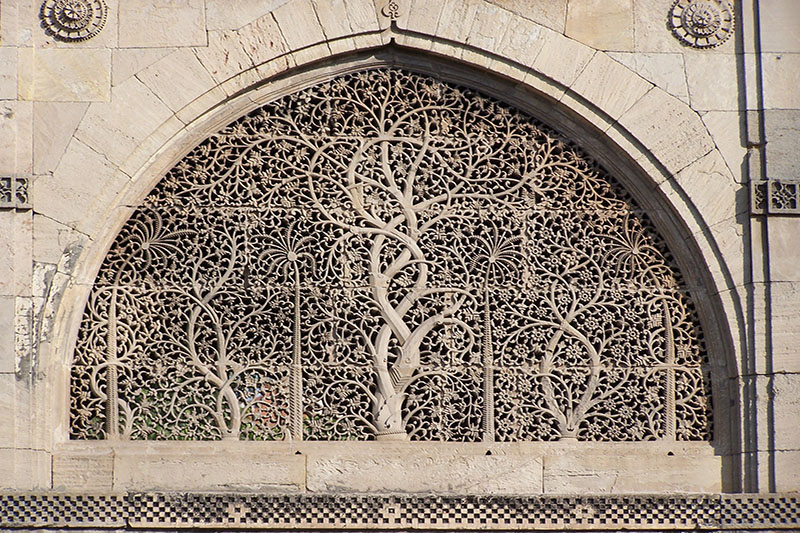 Visit some of the most important places of interest in Ahmedabad. We start our day with Gandhi Ashram, the place from where Gandhiji started the freedom movement of India. We then proceed to Hutheesingh Jain temple, one of the most iconic temples in Ahmedabad with intricate carvings in marble and stone. Our last stop would be Jama Mosque & Bhadra Fort. We end our tour near Sidi Saiyad Mosque.

Tour ends at Sidi Saiyad Mosque and you will be dropped to your hotel. However there is a option to upgrade to a full day tour.

or Gandhi Ashram has indeed earned its place in Indian Independence movement as well as Indian history. The birth place of independence movement and major activities of Mahatma Gandhi have been an integral part of this Ashram. The Sabarmati Ashram in Ahmedabad, situated on the river’s banks, is named after the holy river Sabarmati. This site no longer functions as a working ashram but as a museum and an institution whose aim is to preserve and propagate the legacy of the Mahatma. Hundreds of visitors, both foreigners and locals, with curiosity and feelings of devotion arrive here and feel inspired and enlightened. More than half a million visit here every year. The Sabarmati Ashram is a source of inspiration for the present generation, and will serve as such for the generations to come. Indeed, Gandhi’s ideals will serve as a beacon light for all generations. The Ashram has stood witness to many important happenings, happenings which were instrumental in shaping the Mohandas Karamchand Gandhi into the Mahatma and the Father of the Nation.

Another remarkable feature of this stepwell is that out of the many stepwells in Gujarat, it is the only one with three entrance stairs. All three stairs meet at the first storey, underground in a huge square platform, which has an octagonal opening on top. The vav is a spectacular example of Indo-Islamic architecture and design. The harmonious play of intricate Islamic floral patterns seamlessly fusing into Hindu and Jain symbolism embody the culture and ethos of those times. All the walls carved by ornamentation, mythological scenes along with everyday scenes of women churning buttermilk, dancers accompanied by musicians, women adorning themselves and a king sitting on a stool. Fascinating to many visitors is the Ami Kumbh (a pot that contains the water of life) and the Kalp Vriksha (a tree of life) carved out of a single slab of stone. There is a belief that the small frieze of navagraha (nine-planets) towards the edge of the well protects the monument from evil spirits.