Legend says that there are 51 *Shakti Peeths” in India. These are the places of worship and cosmic power.... 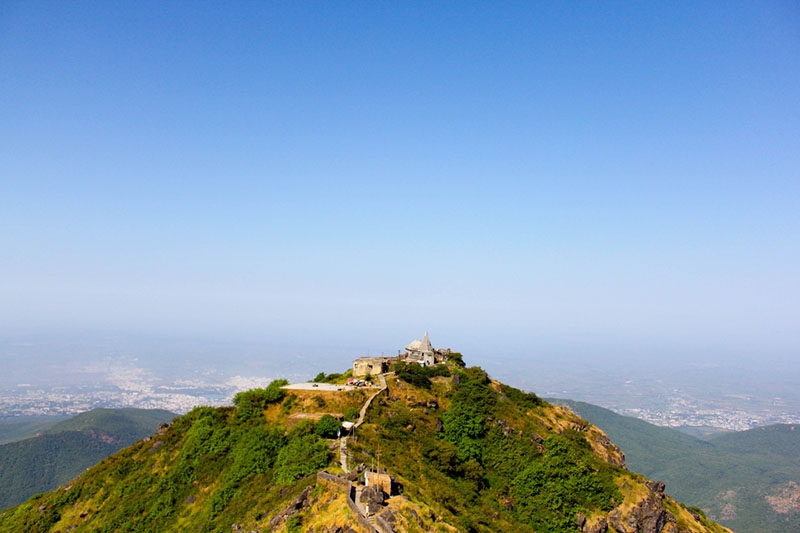 Legend says that there are 51 *Shakti Peeths” in India. These are the places of worship and cosmic power. “Shakti Peeths” were believed to have been formed when the body parts of Goddess Satii Devi fell into different regions when Lord Shiva carried her in sorrow after her death. It is believed that the Heart of Sati Devi has fallen here.

The shrine of Amba is regarded as a revered shrine by the followers of Hinduism. The shrines are considered as highly revered by Shaivist (Shaivism) sect in Hinduism. The Shakti Peethas are mostly worshiped by tantra practitioners. Each Shakti Peetha has a Kalabhairava shrine associated with it the Kalabhairava of The Amba Mata Temple is Batuk Bhairav.

Pick-up at 7 am from your hotel/residence/airport/station in Ahmedabad It is 185 Kms. from Ahmedabad and 3½ hours drive to Ambaji. The road is good and passes to green fields and countryside of Gujarat. You will see rocky hills and marble mines as you drive through a town called Idar and its surrounding areas. The guide will explain the importance of the temple as well as several legends & associated with the shrine.