Ahmedabad has been a home as well as playground for some of the most amazing architects in the history of... 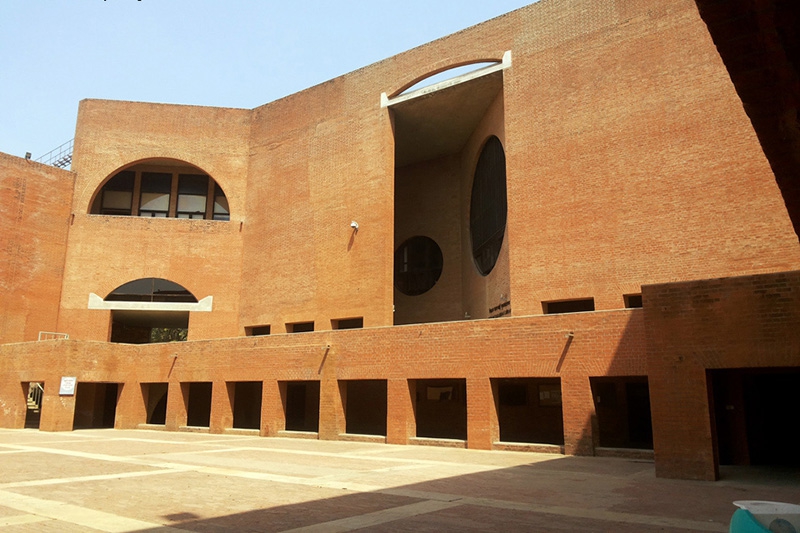 Ahmedabad has been a home as well as playground for some of the most amazing architects in the history of India. Apart from the historical buildings the modern architecture also flourished in Ahmedabad. The legendary names like Le Corbusier, Louis Kahn, Charles Correa have signature buildings in Ahmedabad. The name of Architect B V Doshi is taken with utmost respect and reverence amongst the modern architects in India.

The half day tour covers modern as well as ancient architectural marvels as mentioned below :

The most internationally acclaimed modernist architect, 'Charles Eduard Jeanerette' was born in Choux de Fonds, a small Swiss village, in a watch-maker's family, in 1887 AD. He adopted the pseudonym 'Le Corbusier', meaning 'The Crow'. The greatness of his works is reflected in the rare honour given to him on the ten franc currency note of Switzerland. He eventually made France his home.

Ahmedabad can boast of four creations of this modern master, representing two architectural prototypes —the residence and public institutions. One of the residences belonged to Manoramaben Sarabhai — a widow then, and was designed as a ground-hugging quiet recluse amid natural tree grove. In contrast, the other one was originally designed for a flamboyant bachelor, Hathisingh, on the fantasies of Arabian Nights. Later, the design was bought over and occupied by Shyamubhai Shodhan. Public structures included Sanskar Kendra and Ahmedabad Textile Mill’s Association (ATMA) building.

Louis Kahn was born in Saarama (Saaremaa), Estonia in 1901. His family emigrated to the U.S. in 1905. He graduated from the University of Pennsylvania with a thorough grounding the the Beaux Art school of architecture. During the 1920s and 1930s he worked as a draughtsman and, later, as a head designer for several Philadelphia-based firms.

Considered one of the foremost architects of the late twentieth century, Kahn received the AIA Gold Medal in 1971 and the RIBA Gold Medal in 1972. He was elected a member of the American Academy of Arts and Letters in 1971.

The IIM is spread over 67 acres of lush greenery in Vastrapur and was designed by the famed American architect Louis I. Kahn. He conceived the design as a blend of austerity and majesty. He included spaces for casual interaction while achieving a balance between modernity and tradition that captured the spirit of timeless India. The broad airy corridors, the amphitheatre like classrooms and transition spaces in the complex enhance interaction among the faculty, students and visitors. His design was given shape by a team of architects from the National Institute of Design. This modern residential institute is built entirely in traditional brick construction. Its contemporary design is responsive to local climate and is now a much admired campus. It has inspired generations of students to achieve excellence while retaining humility.

The highlight of the campus is the Louis Kahn Plaza, the sheer magnificence of which has played host to major interactions and celebrations. It is surrounded by the faculty wing, library and classrooms from three sides. This close knit feeling supports each individual's personal and professional growth, fosters a sense of community within the school and encourages them to form close working relationships with professors and other students. The result is a highly personalized environment that drives students not just to learn, but to think.

Architect, town planner and activist, Charles Correa is one of the few contemporary architects who addresses not only issues of architecture, but of low income housing and urban planning. His work covers a wide range, from the Mahatma Gandhi Memorial in Sabarmati Ashram in Ahmedabad, Jawahar Kala Kendra in Jaipur and State Assembly of Madhya Pradesh. He has been awarded the highest honours of his profession, including the Aga Khan Award for Architecture, Praemium Imperiale of Japan, and the Gold Medals of UIA and RIBA.